I received this email from a recent bride this morning and it got me thinking Is it time Wedding Guests Left Their Cameras at home?

I had asked her had she any advice for any Brides on their wedding day and this is what I got from Rachel who married Dermot last April in Inishboffin.

“My tip to guests would be, when the bride is walking up the aisle, put down the camera and look at what is happening, when I walked up the aisle, naturally I was very nervous, I walked up a long aisle and I was trying to catch people’s eyes to give me something to focus on, but I couldn’t see anyone that wasn’t looking through a camera or looking at the camera at the picture they had just took. I had just about reached the alter when I finally made eye contact with two people!” 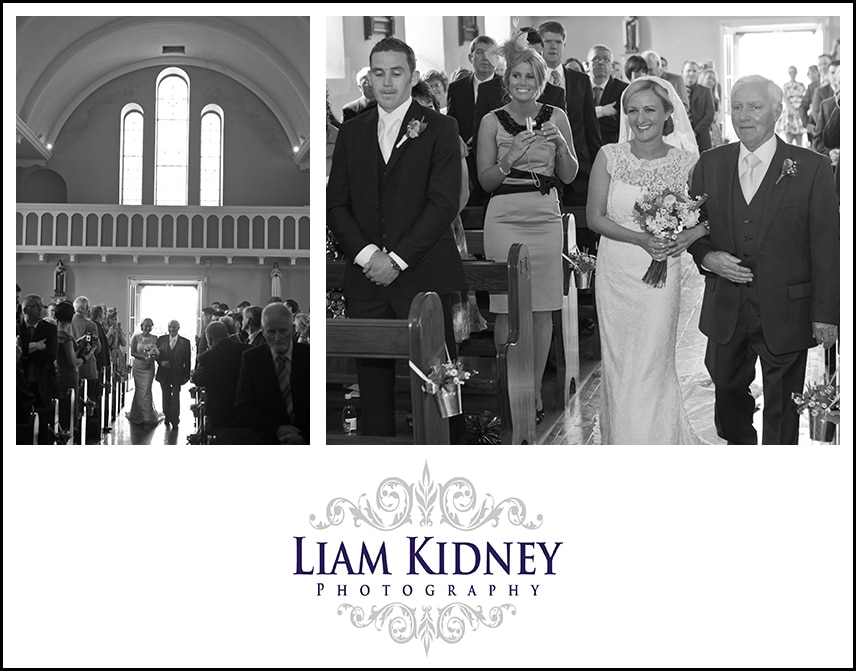 At a wedding recently the father of the Groom leaned out on to the aisle so that he could video the bride coming down on his Iphone.  This blocked both myself and the professional video man from capturing the bride walking down the aisle.  Worse still during the actual wedding ceremony he filmed the vows on his iphone rather than watching the ceremony.  I have photos of both of these events but I won’t blog them to save him his blushes!  On both occasions he was more interested in recording the event that actually witnessing the event.   This got me thinking.  How many guests are spending their time trying to capture a photo of the bride/ceremony rather than actually focusing on  what is happening in front of them.  Is what they capture really worth it? I have heard of pictures of the Bride being posted on facebook before she has even reached the church.  The bride was angry because she had red eyes and looked awful in the photo.  Has social media gone mad?? Are we able to put down our smart phones for a few minutes?

My sister Maria got married in 2003.  She got the priest to announce at the beginning of the ceremony that she has hired professionals to cover her wedding and asked all guests to put their cameras away till the end of ceremony where they will be given an opportunity  to get their photo.  I think this step was years before its time.  This was when everyone didn’t carry a mobile phone/camera.  Is this the way forward?   I suppose you as the “Bride and Groom” has to decide!

As a professional photographer since 2007 my style has continuously evolved and changed with the  times.

Feel free to check out this link to my favourite photos from 2019.

Here is a link to one of my favourite weddings from 2019 that will reflect my modern style that mixes documentary photography with the more classical style.